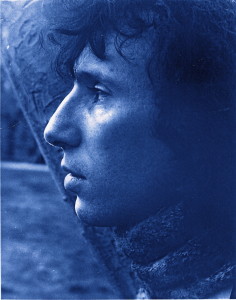 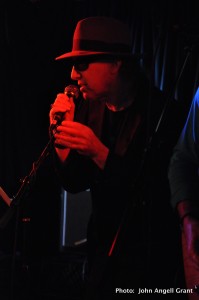 In the summer of 1969 when men first set foot on the moon, I met Les Paul in Chicago. I was visiting the daughter of his former drummer Tommy Rinaldo. Mr. Paul was both warm and sardonic. He invited me to travel back to New York with him, “Ten Years After” and Dusty Springfield. Strangely enough, I said, “thanks, but I can’t,” and so he gave me his card and invited me to his home in Mahwah, New Jersey. I played for him at his home in March of 1970 and he wanted to produce my song, “The First Day Of Summer.” Alas I took an LSD trip that lasted a month—my last acid trip—and wound up 3,000 miles away in La-La Land. Forty-seven years later I finally recorded that song. And it appears on my new CD, “Don’t Put All Your Eggs In One Basketcase” along with the rocketing single already charting in Germany, “The Moon Has Flown Away” (weeks before the actual release date).

On December 15, 1979 my band Elliot Schneider and the Pitts was the third band in history to debut at CBGB’s on a Saturday night. (Patti Smith, the Talking Heads, Blondie and Television were some of the debut artists.) When this band burst at the seams I became a music critic. Murray the K read my interview with Danny Kalb. He requested that I do his deathbed interview. It was a cover story for the Soho News.

In 1982, I left New York and moved to San Francisco, where I put out my first album. Chris Halaby, the brother of Queen Noor of Jordan, plays on some of these songs; in fact he’s the guitarist on “Wise Men Never Say.” Chris and I were put together through a mutual connection with John Hammond, Sr. who discovered Billie Holiday, Benny Goodman, Bob Dylan and Bruce Springsteen.

In 1987, I gave up the holy grail of rock and roll. I retired, went to graduate school, became a high school history and philosophy teacher—and played in rock bands with my students. We would play high school rallies in front of screaming appreciative pupils (who were hopefully without dilated pupils!) Then in 2005 I got breast cancer, beat it, retired from teaching and returned to rock and roll with a vengeance. I am determined to drop dead at ninety years of age on stage with a smile on my face. My beloved Carmen Castro will still be playing keyboards right next to me when I do and if there’s an encore, I will rise up and sing one last time…

On Saturday night December 8, 2012, I was played on the BBC Radio Merseyside (Liverpool) on Spencer Leigh’s program, “On The Beat.” Imagine that—British Invasion in reverse! And the same day Chestnut Radio put out its list of the Best Albums of 2012, 16 CDs “in no particular order” and my album, “If Looks Could Kill, I’d Wear Mirror Sunglasses made the list. (In fact Ralph J. Rizzo, the owner of the station, later said it was his absolutely favorite CD of the year with Jack White coming in second!) On December 19, 2012, London DJ and author Henry Scott-Irvine (104.4 FM) said on his show that my CD was “one of my favorite albums of the year.” His theme for that program was the Best Of 2012.

In 2013 the BBC Radio Merseyside invited me to come sing live on Spencer Leigh’s Saturday night program. And so we built a tour around that invitation. I headlined the 12 Bar Club in London and played from the south of England up into the north of Scotland. Many radio shows in Britain revolved around our visit. We even headlined a special charity event at the Liverpool home of the original Beatle’s bass player Stu Sutcliffe.

Because Ralph Rizzo fell in love with my music, he then asked Carmen Castro (the love of my life and my keyboard player) and me if we wanted to have a radio show on Chestnut Radio. The Carmen Castro and Elliot Schneider Grok Rock Radio Show now is the most popular show on the station with a vast radio audience on all the continents of the earth except Antarctica. (On a recent show we did a 15-minute interview with Paul McCartney’s lead guitarist Brian Ray.)

David Quaife, the brother of Pete Quaife (co-founder of The Kinks) and the head of the Pete Quaife Foundation discovered my music. I am so honored that a song of mine appeared on a compilation with all the legends of rock and roll (Roger McGuinn of The Byrds and Noel Gallagher of Oasis, etc.) in order to raise money so that children can get the dialysis and help they so need. Through the Pete Quaife Foundation, David is saving the world one child at a time.

In April of 2015, I released my fabled album, “Better A Fool Than Aloof.” On June 2nd it became the NUMBER ONE Album on the WLFR near Atlantic City. It was the first time I ever topped the charts…

It also got lots of worldwide airplay; the ever witty and charismatic DJ Peter Antony (of the legendary Pirate Radio station that changed the face of rock and roll in Britain in the Sixties: Radio Caroline) broke the album even before its release and raved about it: “Currently listening to Elliot Schneider’s new album ‘Better A Fool Than Aloof.’ This is highly recommended; listening to it is like letting the sunshine in. Think Flamin’ Groovies, with shades of Costello and early Beatles! Seriously get this album now, you will be charged by its enthusiasm and competence! 5 STARS. A SERIOUS TALENT!!! FANTASTIC!!!” (I immediately became a favorite of his charmingly rabid international fan base.)

The opening song on the CD, “I’m The One” also reached #5 on the German station Radio Marabu, “Europe’s Alternative Music: 104.9 FM.” “(I Ain’t Got) No Self-Control,” “Heaven Is In Your Heart, Baby,” “I’m Back In The USA (hit #3) and “If Looks Could Kill, I’d Wear Mirror Sunglasses” also rocketed into their Top Ten. “Heaven Is In Your Heart, Baby” hit Number One at Q108 in Kingston, Canada. Radio Caroline features all of these, too; but the dynamic rocker, “A Key To You” tended to get the most airplay there.

My ballad, “Heaven Is In Your Heart, Baby” from, “Better A Fool Than Aloof” has particularly touched the genius producer Elliot Mazer. (Mr. Mazer, of course, produced and mixed the megahit album, “Harvest” by Neil Young; produced the music for the film “The Last Waltz” by The Band. His belief in me leaves me wordless.)

On Friday March 18, 2016 after we got off stage in Austin during SXSW Week (RedGorilla Festival), we were played for the first time on Sirius XM Radio on Little Steven’s Underground Garage station. What a magical evening!

My second CD, “If Looks Could Kill, I’d Wear Mirror Sunglasses,” was released in June of 2012 and received extensive international airplay including on the BBC Radio Merseyside, Radio Caroline and KROQ. It also reached number 8 on WLFR in the New York Metropolitan area.

But the release of, “Better A Fool Than Aloof” took me into new territory. Reaching NUMBER ONE on WLFR caused me to levitate into the ceiling fan.

My new album, “Don’t Put All Your Eggs In One Basketcase” is officially released on July 24th, 2017. But there is a great swelling of excitement worldwide. Even before it its release, the legendary British station Radio Caroline has been playing the opening track, “The Moon Has Flown Away.” FM stations in Maui, Hawaii have also jumped the gun with airplay. And within one week, “The Moon Has Flown Away” hit #12 in Germany on Radio Marabu: 104.8 FM in Osnabrück and Kurzwelle.

I hope you will share this exploration with me… it’s never too late to live your dreams. A dozen years ago, I fought a war with breast cancer and was, in a sense, reborn. I’m 70 years old; I can’t wait for the next 70.

My mother died of breast cancer when I was two. She was only twenty-seven. She got cancer when I was one.   My earliest memories are of life and death. In response I lived passionately every moment. Instead of waiting until my sixties, I retired in my twenties and thirties when I was young enough to really enjoy it. I had more adventures than could fit in twenty volumes and I lived without fear. I drank with hoboes; I drank with a member of the Kennedy administration whose daughter was the Queen of Jordan. Linda McCartney and I spoke of the death of her mother and my own father. I lived for love and traveled the planet, Peter Pan masquerading as Captain Hook but always being Elliot. I’ve been blessed with love affairs that read like fantasy–I love my life. I’ve played guitar with Les Paul and danced around knives in New York. Surfing on the present moment I’ve known a lot of ecstasy and even heartbreak. Because I’ve always done what I want, I have no regrets. Every day has been magical.

One day I gave up the Holy Grail of Rock ’n’ Roll and went through the Looking Glass. I became a history and philosophy teacher and became the father of two dazzling suns. Who needs reincarnation? We all live many lives in a single lifetime.

Since I always loved women (perhaps searching for the mother I never had), it seems only fitting that I, too, got breast cancer. More than half a century ago, there was little they could do for my mother. We live in a different world now. I beat cancer; and I retired from my retirement from Rock ’n’ Roll. I fell in love with Carmen Castro, the love of my life—and my keyboard player. I met her because I taught all three of her kids. We were friends for sixteen years before I fell into her eyes. And I am still falling.

Every day I try to feel ecstatic. The moment is immortal even if we are not. I can live with the fact that I’m going to die. I’ve never waited for the Afterlife—I live now. I’m still going to die and yet the world is still thrilling me. If we spend our life fearing death, we never live at all. My purpose in life has always been to really live before I die. There are stories I still want to tell. When death finds me, I’ll be kicking, gouging and scratching all the way. If I could live forever, I would. How could you be bored with the universe all around you?

So I ask you: Is there life after birth?

PS I played guitar for Les Paul in his living room in 1970. He wanted to produce my song, “First Day Of Summer.” Alas I took an LSD trip that lasted a month—my last acid trip—and wound up 3,000 miles away in La-La Land. Forty-seven years later I finally recorded that song. (Along with “The Moon Has Flown Away,” this album is quite magical to me.)